Y8 Fencers with their medals, foam swords, and gift certificates.

We had a great time at the School Championship! We want to thank all the families who came, and congratulate all the fencers who participated. This was the third time we’ve hosted a school championship tournament, and it was our biggest by far.

We opened the day with the Y10 event, for kids ages nine and ten, with ten participants. The second event, Y8 for six, seven, and eight year olds had twenty-three kids in it. The final event of the day was Y14, with four fencers ages 11 to 14.

A small army of Y8 fencers listens for their pool assignments.

The Y8 and Y10 events followed the same format. First, the kids were divided into groups of five or six called pools. Each fencer fenced everyone else in their pool to five points. These bouts were “dry,” meaning the kids used nonelectric foils, just like they do in most of their classes.

We used the results of that round to rank everyone, and then took the top four fencers for a round of semifinals. For the semifinals and finals, the kids fenced electric, using the scoring system we use for larger tournaments.

On the left, Y8 fencers fence pools with non-electric weapons. On the right, Y10 fencers fence a semifinal bout. Note the wires connecting the kids to the scoring machine.

For the Y14 event, since it was smaller and most of the participants had their own electric equipment, the entire event was fenced on an electric scoring system. 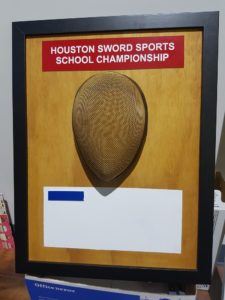 This is our third school championship, but for the first time we held a competition for the school with the best overall result. Each fencer earned their school one point. They earned more points for placing in the top four: Third place earned two, second place earned three, and first place earned four. The top four schools are:

LIH students earned the first ever Golden Mask, and will display the trophy at their school until the next School Championship in May 2018!

Scroll down to see some great photos from the event, and the final results! 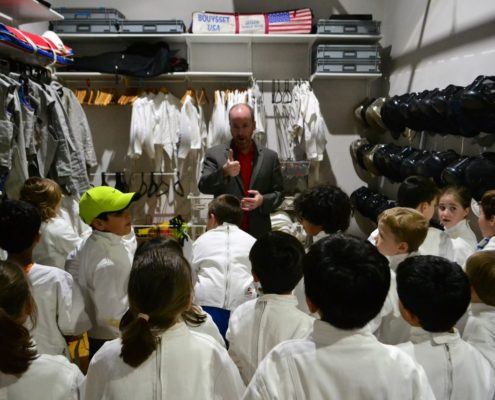 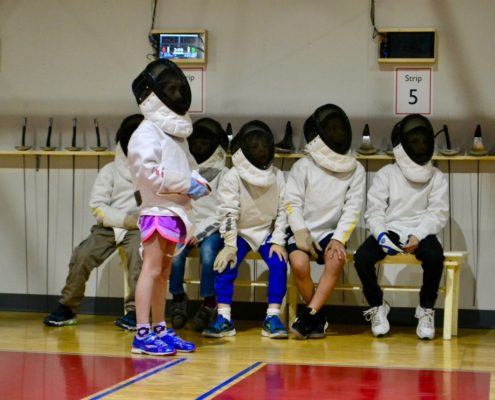 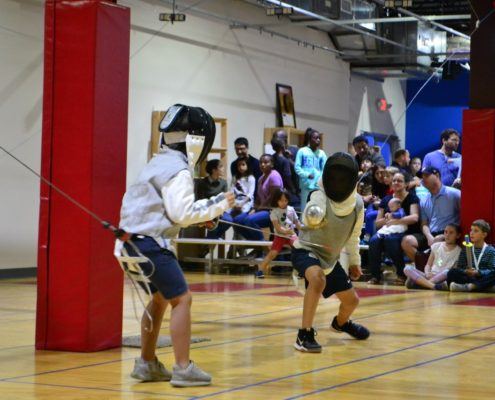 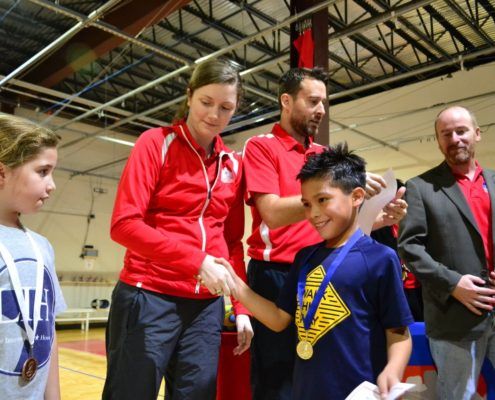 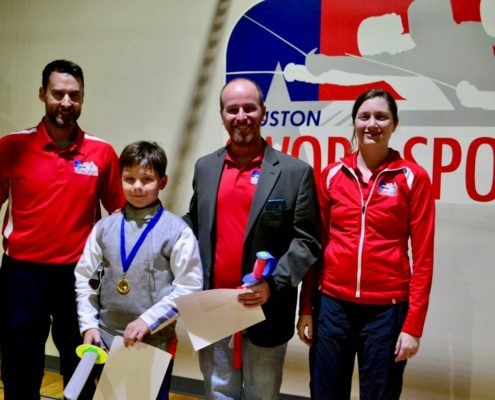 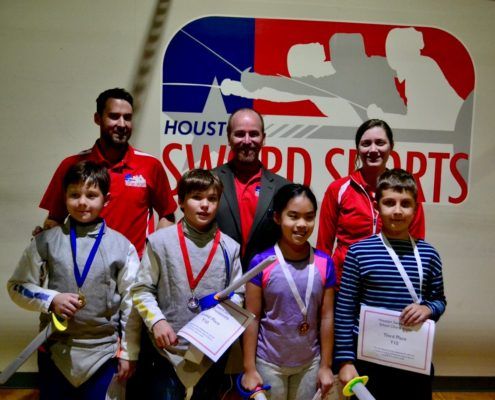 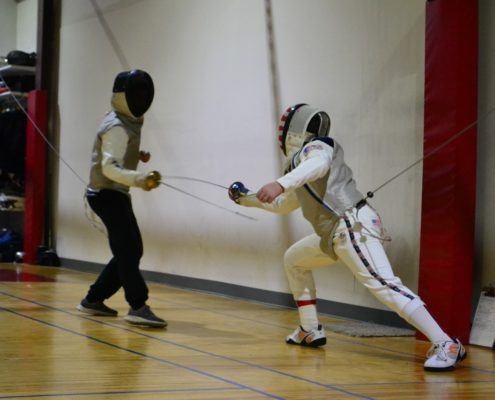 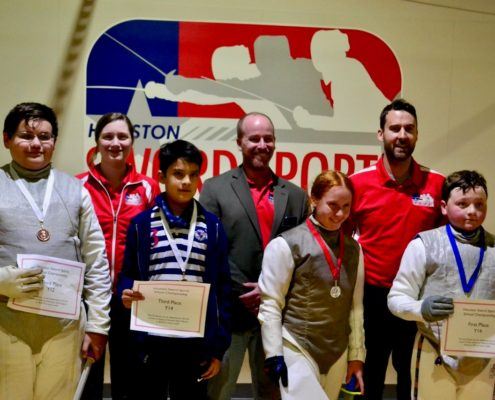