You are here: Home / Blog / News / School Championships, May 2018: Results and Pictures

School Championships, May 2018: Results and Pictures 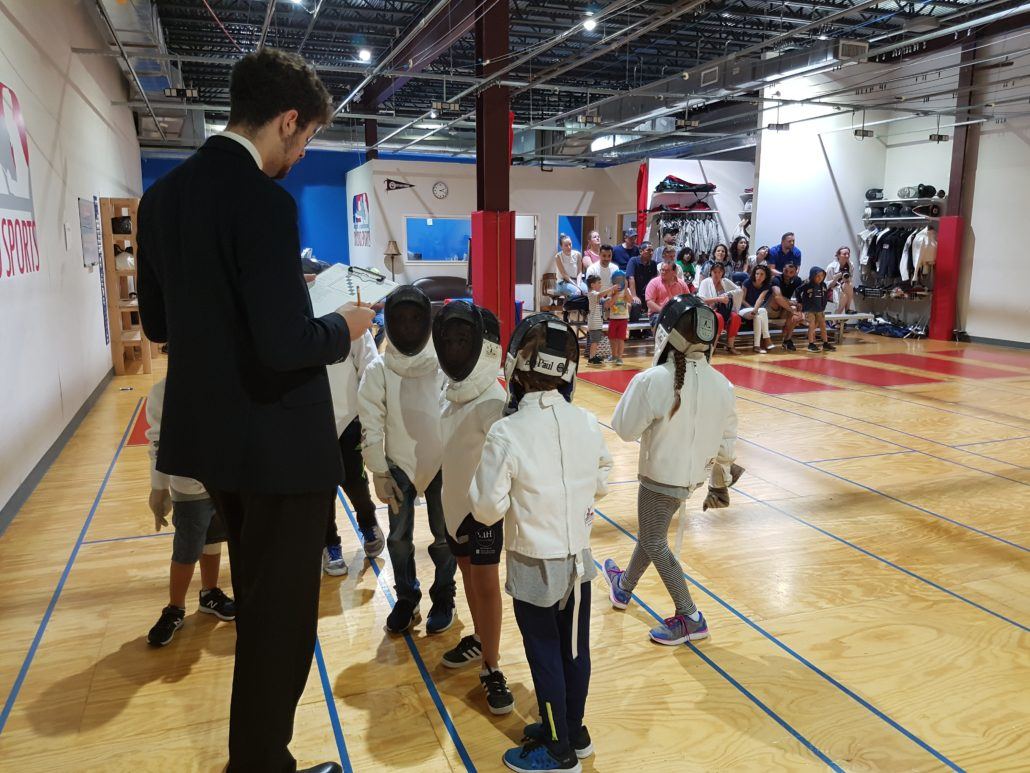 Our semi-annual School Championship is becoming a really fun tradition, and the May tournament was no exception! Students from our afterschool programs, plus a few from our evening and Saturday classes, got together to compete for individual medals and for the school trophy – the Golden Mask.

Turnout was a little smaller than our December tournament, but still solid, and the events went quickly and smoothly.

In the first round, the kids were divided into two pools, or groups of 5-6 fencers. They fenced non-electric bouts with each person in the pool. We used those results and advanced the top two fencers in each pool to the finals. The finalists got to fence electric.

Lycée International de Houston had the best turnout and results of any of the schools by far, and won the Golden Mask for the second semester in a row. Each fencer earned their school one point. They earned more points for placing in the top four: Third place earned two, second place earned three, and first place earned four. The results were as follows:

A few of the LIH fencers hold up the Golden Mask.

Scroll down to see some great photos from the event, and the results! 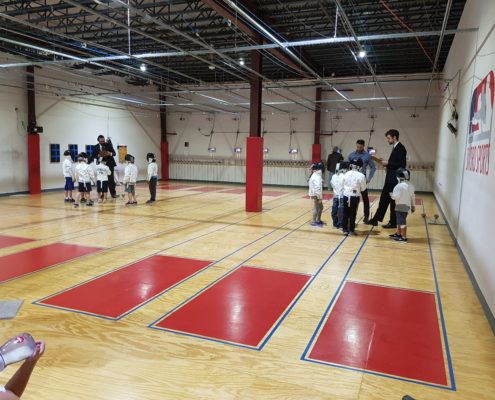 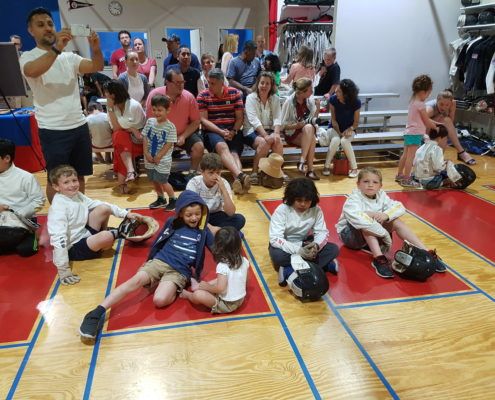 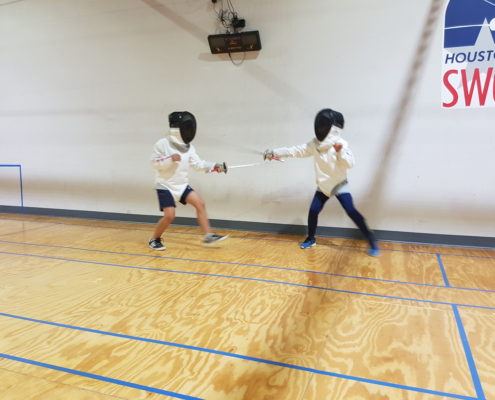 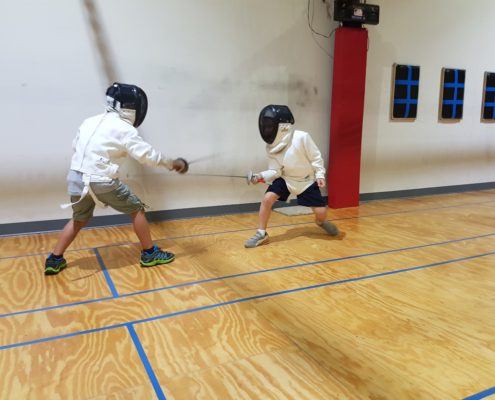 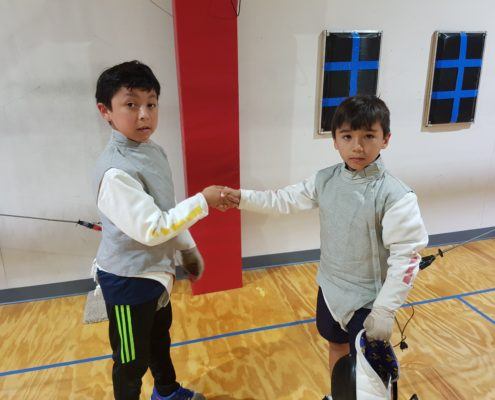 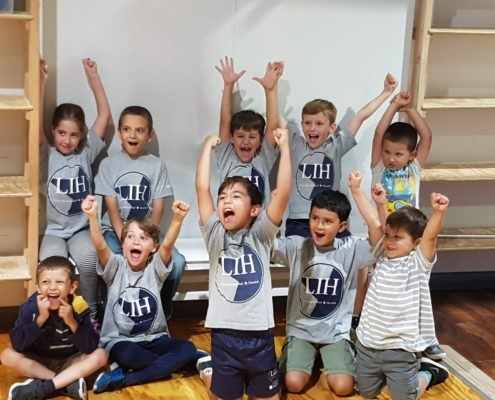 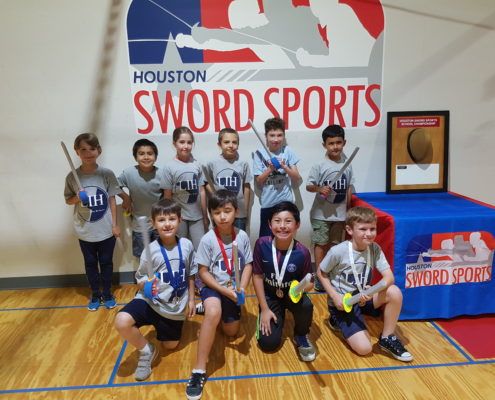 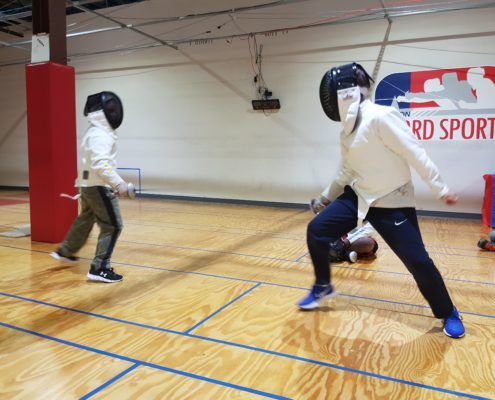 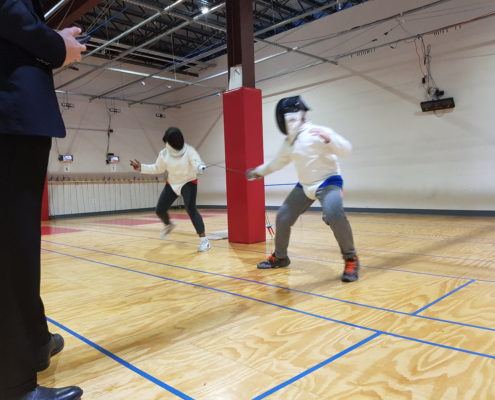 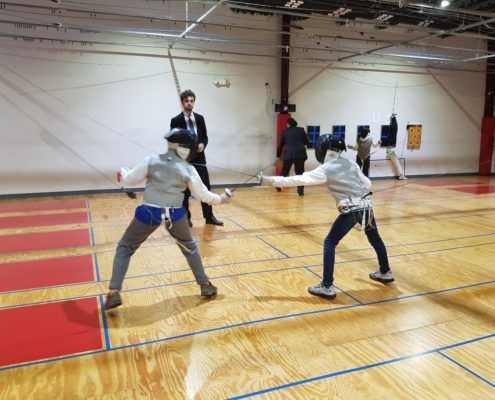 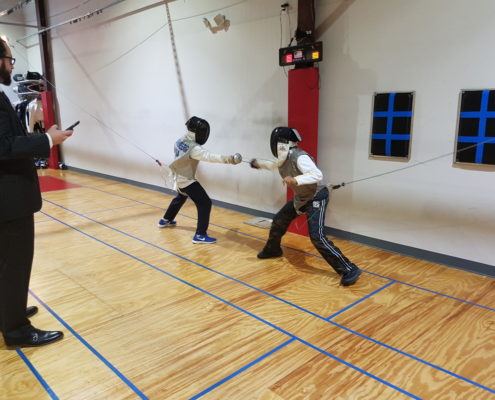 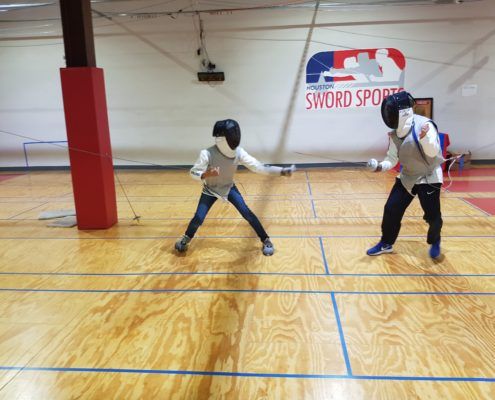 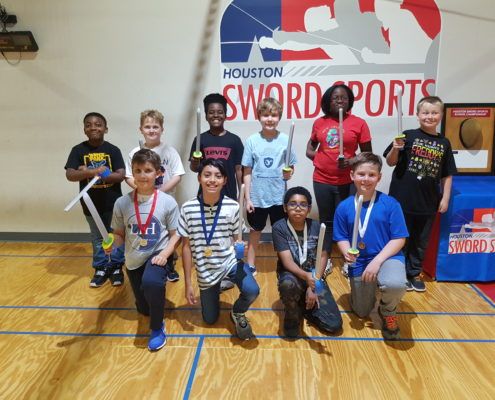 Learn to Fight with a Light Saber