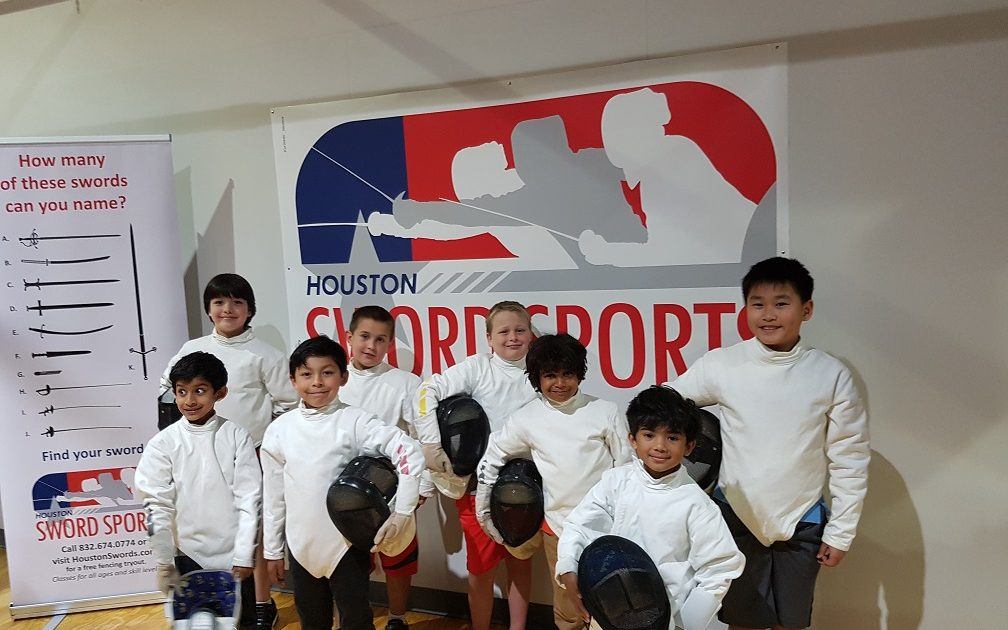 These fencers fall into the Y8 age category. What does that mean? Keep reading to find out!

USA Fencing divides up tournaments by age classifications. Read on to find out what they are and how they work!

What are age classifications?

The fencing year goes from August 1, 2017 to July 31, 2018. It’s easier for everyone if you stay the same age for the full fencing year, so they go by birth years rather than age. Your Fencing Age, and therefore your age classification, are based off how old you will be on December 31, 2017.

Both Timmy and Susie are Y10 fencers right now, because nine and ten year olds (fencing age, remember) are Y10. After August 1, they will both be Y12 fencers, because eleven and twelve year olds are Y12. They are eligible for Y12 events now, if they want a bit of a challenge. After August 1, they’ll be eligible for Y14 events. Your classification is based (for the most part) on the youngest age group you’re eligible to fence for.

This is confusing. Can you just give me a chart so I can figure out where my kid falls?

Editor’s note: For some time, we planned to change the class schedule and use USA Fencing classifications instead of calendar ages. We have now given this idea up and will continue to use Youth 6-1, Teen 13-17 and Adult 18+ for our fall schedule.

Feel free to email us at Info@HoustonSwords.com!

1. This gets weird once every four years. Fortunately, 2017 is not one of those years so we don’t have to worry about it yet!