You are here: Home / Blog / Blog / Thanks to everyone who came to celebrate at our Grand Opening!

New fencers try out fencing for the first time at our grand opening.

[Yesterday] we posted about our School Championship tournament, which was our first real chance to show off our new club. Today we’d like to look back at the real unveiling: the Grand Opening we held on May 12.

We owners debated for a while about what should happen at our Grand Opening, but in the end this was our decision: we are a fencing club, let’s have a fencing party. We wanted the Grand Opening to be open to existing fencers and those who’ve never tried it before.

To thank existing fencers for all their support, we had free open fencing on three of the strips. Some who came were old friends from out of town, or from other clubs, or who don’t fence often anymore. Some were longtime members. These members helped us haul 50-pound bags of gear and 40-pound reel boxes in and out of the Rec and up and down stairs at the Zone. They persisted through the small practices when we were just getting started, where there’d only be one person to fence. They kept coming through the totally overcrowded practices at the rec, where more fencers would be waiting to fence than would fit on strip at once. We wouldn’t be here without those folks, and we’re so glad so many of them came to the opening.

Open fencing on the right side of the gym.

But we also wanted to open our doors to new fencers, so we did free intro classes, too. We limited these in size to make sure that we could fit everybody in and give them a real taste of fencing. The response was great. The adult class actually filled up, so we added a second class to get more people fencing.

We had all kinds of people show up for the free introductory classes. Many had come to the Zone frequently and had watched our buildout progress. Some, like Coach Benoit’s wife and a few of his friends, had actually helped with the buildout even though they’d never fenced before. One fencer’s dad decided to try fencing for the first time, after months of watching his son enjoy the sport. So far, quite a few of the guests at the grand opening have signed up for camps or classes. We’ll probably try to do more free classes in the future to get folks started.

A group of adults learns footwork from Coach Benoit. In the foreground, a young fencer gives his brother a lesson in foam-swordfighting.

Overall, the grand opening was a huge success and a lot of fun. Check out the gallery below! Did you get any great pictures from the event? Email them to info@houstonswords.com so we can add them to the gallery! 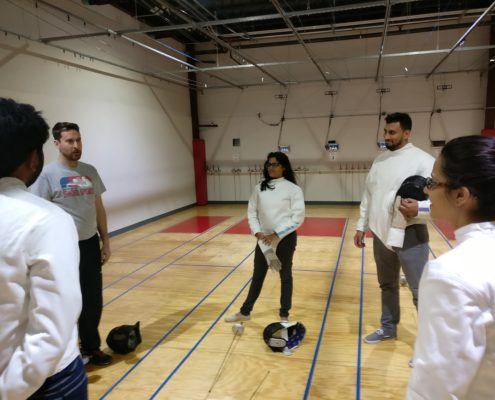 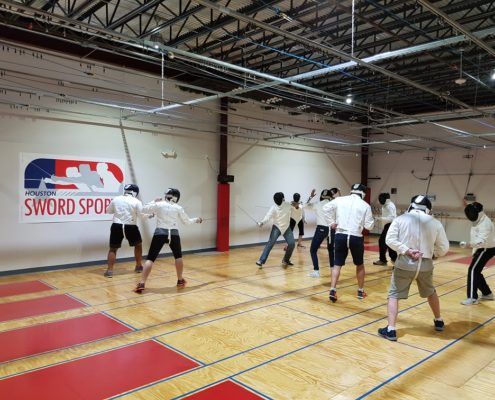 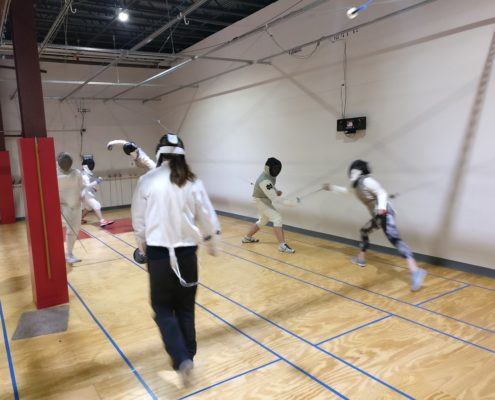 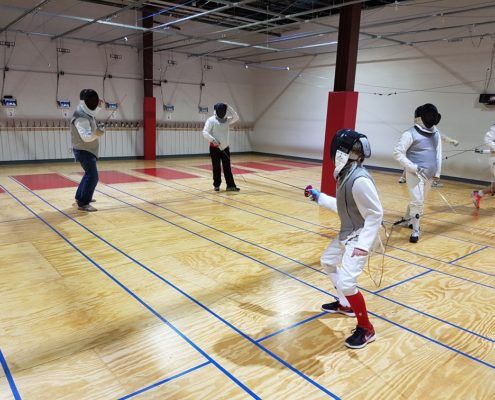 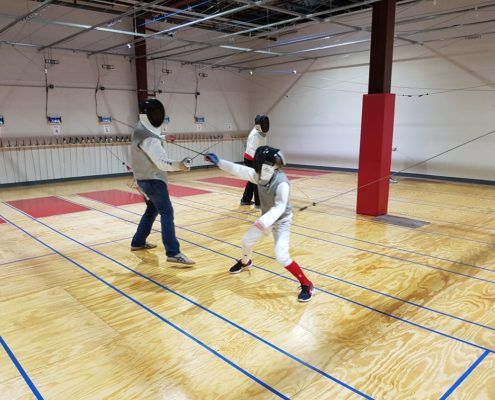 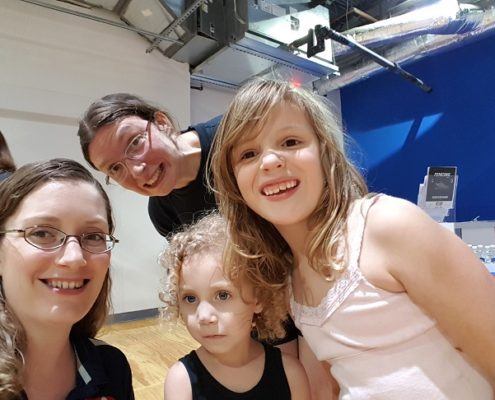