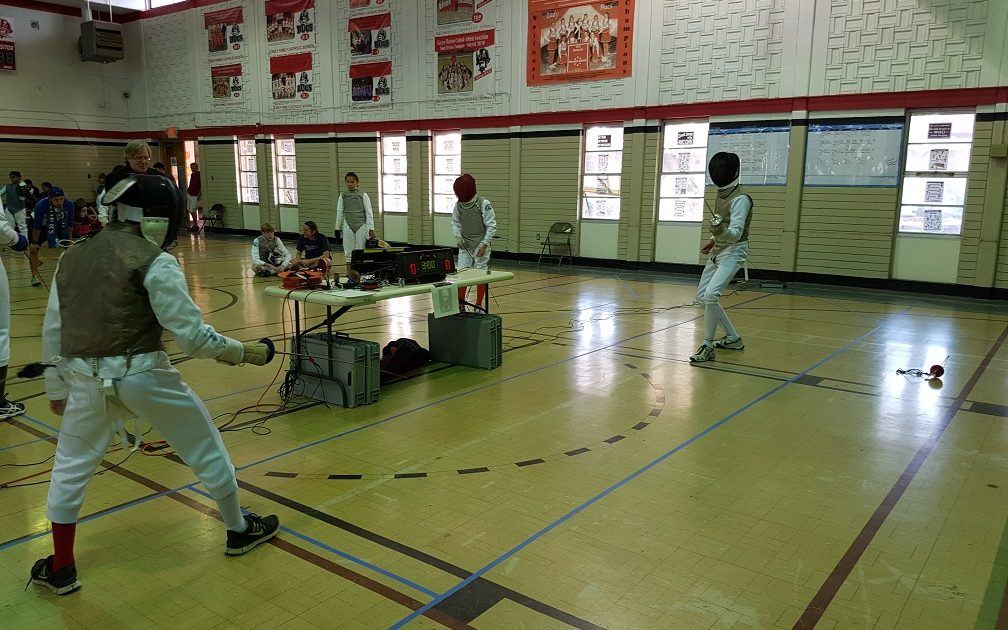 Colin Vargas and Lawrence Appel, both of HSS, face off in their first bouts at the Jean Lafitte Classic.

As our club grows, we’ve gained more fencers who are interested in the competitive side of things. The Jean Lafitte Classic is an unrated-only tournament hosted by Galveston Fencing Club and designed to be a good introduction to competitions.

(Ratings are earned by participating in tournaments and winning high enough placements. A six-person tournament earns the first-place winner an “E,” the lowest rating. As tournaments get bigger and the competitors higher-ranked, ratings can go up to A and many top finishers can earn them. Unrated-only tournaments are limited to people who either don’t have much experience in tournaments, or haven’t had much success – yet.)

So last weekend, a number of our fencers made the drive down to Galveston to try their hand in a fencing tournament and I (Coach Liz) tagged along to cheer them on. For most of them, this was their first tournament. We had a great time. HSS had eight fencers participating, and took home ten medals (eleven if you count the first prize trophy Kathy Machol got for women’s epee, although the event was cancelled due to low enrollment – she’s still got the prize!)

At the end of each tournament I always ask fencers to think of two things:

I like this list because it gives fencers a chance to focus on forming a game plan and moving forward. Some fencers tend to dwell on their mistakes more than the things they did right. You need to recognize your mistakes, but they shouldn’t be the focus.

I can tell you that on average, our fencers attacked well and parried well, and need to work on disengaging and riposting. Don’t worry, we’ll be working on it in practice!

Check out the gallery below for HSS’s medal winners. If you are a parent and took action shots, send them to Liz@HoustonSwords.com! Not pictured: Naia Larcombe, who won bronze in Women’s Foil, and John Machol, who won bronze in Mixed Epee. 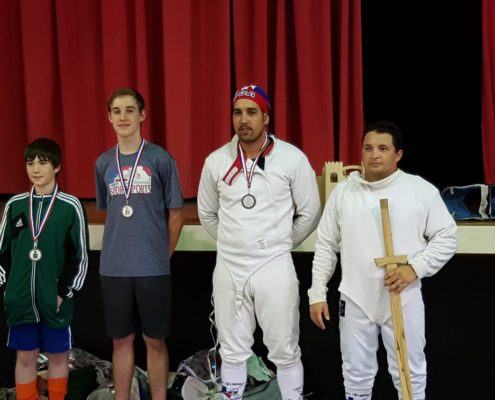 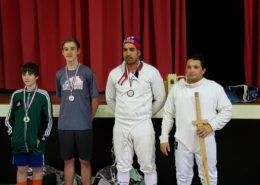 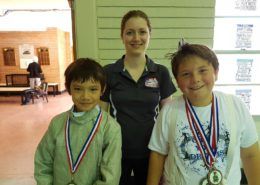 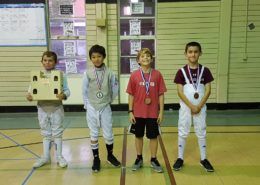 The Future of Fencing: The Dual Meet Format

What we’re thankful for
Scroll to top